Edward Yates is a freelance prosthetic make-up and effects artist available for work in Australia, New Zealand, the United Kingdom and Europe.

Edward grew up loving movies involving creatures and characters like those in The Dark Crystal, Star Wars and Alien. Loving both film, sculpture and painting led this passion evolving into a career doing prosthetic make-up and special effects.

In 2012 Edward was invited to undertake Neill Gorton's world class prosthetics and animatronics course in the UK.  Neill is known for his prosthetics and creature work on Dr Who, Little Britain, and The Catherine Tate Show. While in the UK studying at the Neill Gorton Prosthetics School he was tutored by Dave Bonneywell (Hellboy 2: The Golden Army, 28 Weeks Later, Dog Soldiers).  Later in 2013 Edward undertook Brian Sipe's prosthetics masterclass in Sydney. More recently in 2017 he has trained with master sculptor Don Lanning (Star Trek Beyond, The Avengers, Silent Hill) and Andrew Sinclair of The Sculpture School in the UK.

With almost ten years of experience working on film, Edward can do a range of work both in the workshop and on set.  He has worked on feature films and television series as a prosthetics technician and on set prosthetic make-up artist.

With both Australian and British passports Edward has the ability to work in the UK, Europe as well as Australia and New Zealand.  Edward is currently Melbourne based.

Please get in touch to discuss your prosthetic make-up needs for projects of any size and budget:

Thank you for reading.
Home 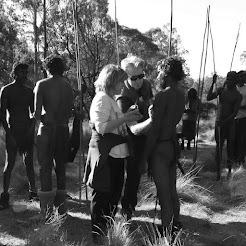